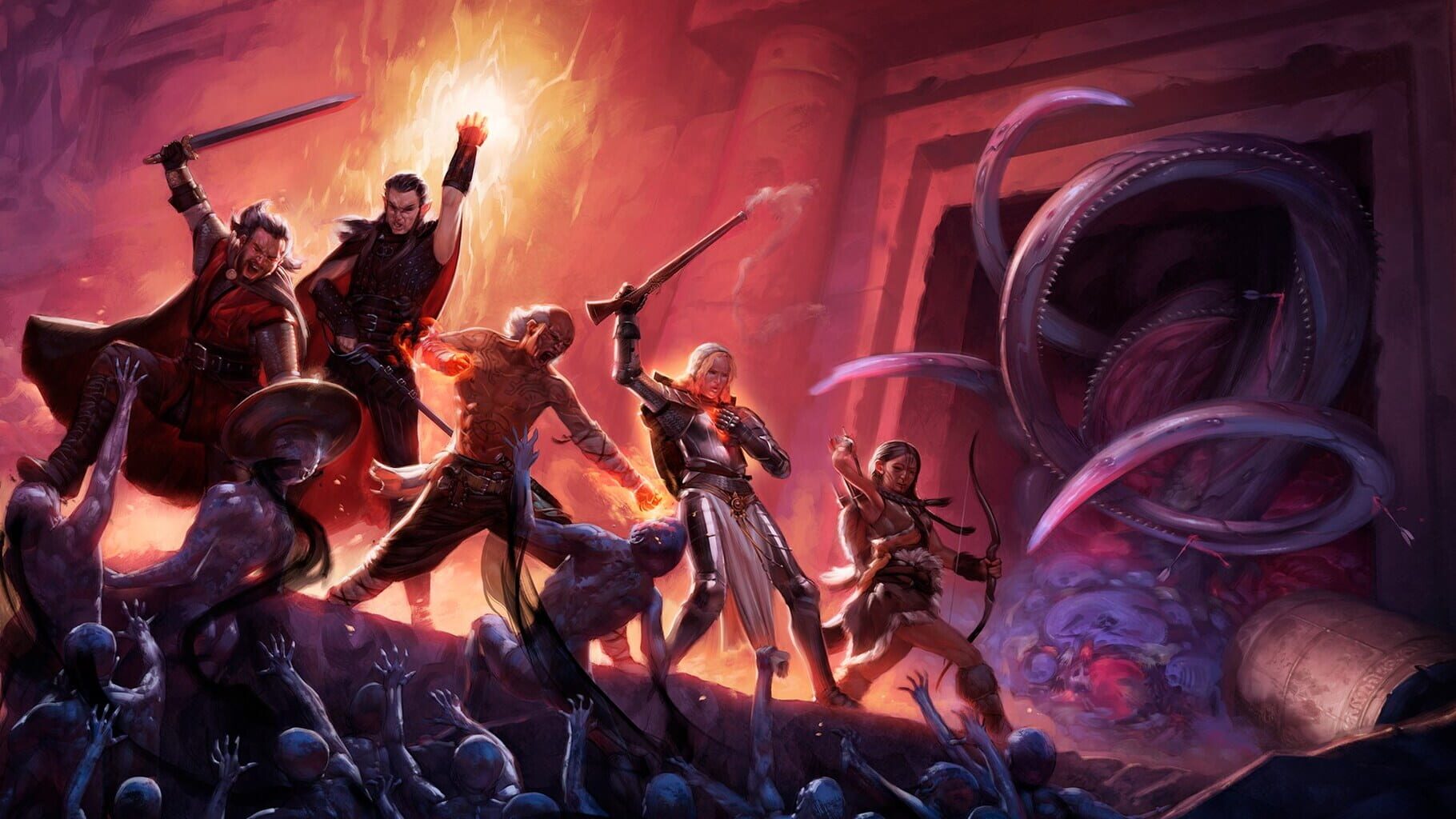 Developer, Publisher
Obsidian Entertainment
Paradox Interactive
Versus Evil
Gamemodes
Singleplayer
Pillars of Eternity, the ultimate role-playing experience on PC, comes to Xbox One and PlayStation 4, this fall! Created by and for role-playing fans by Obsidian Entertainment, masters of the RPG genre, Pillars started as a Kickstarter project, where it shattered all funding goals and pulled in more than 75,000 backers. From there, it released to broad critical acclaim, won dozens of awards, and has been a fan favorite on the PC. Now, Paradox Arctic, in partnership with 505 Games, is bringing Pillars' fantastical world, tactical combat, and unforgettable story to fans on a whole new platform. Pillars of Eternity: Complete Edition includes all previously released additional content from the PC version, including all DLC and expansions in a single package.

But Pillars of Eternity: Complete Edition goes beyond just offering everything together. Paradox Arctic has thoroughly updated the Xbox One and PlayStation 4 versions of the award-winning RPG for play with a controller, and have entirely redesigned the UI for easy viewing on televisions. Players will be able to easily navigate the game's detailed character creation, real-time-with-pause combat, and party management from their couches thanks to new TV-friendly menus and controls.

• Award-winning writing, story and artwork of Pillars of Eternity, along with the expanded world and content of The White March: Parts I & II
• Countless character creation options, from races and classes to character backgrounds which drive your personal story
• An epic universe to explore, filled with intriguing party members and companions, a variety of in-game factions, and a lovingly rendered world to traverse
• All major updates from the original PC version, including a raised level cap, expanded party AI options, and new difficulty levels
• New UI and controls designed from the ground up, presenting the Pillars of Eternity experience like never before