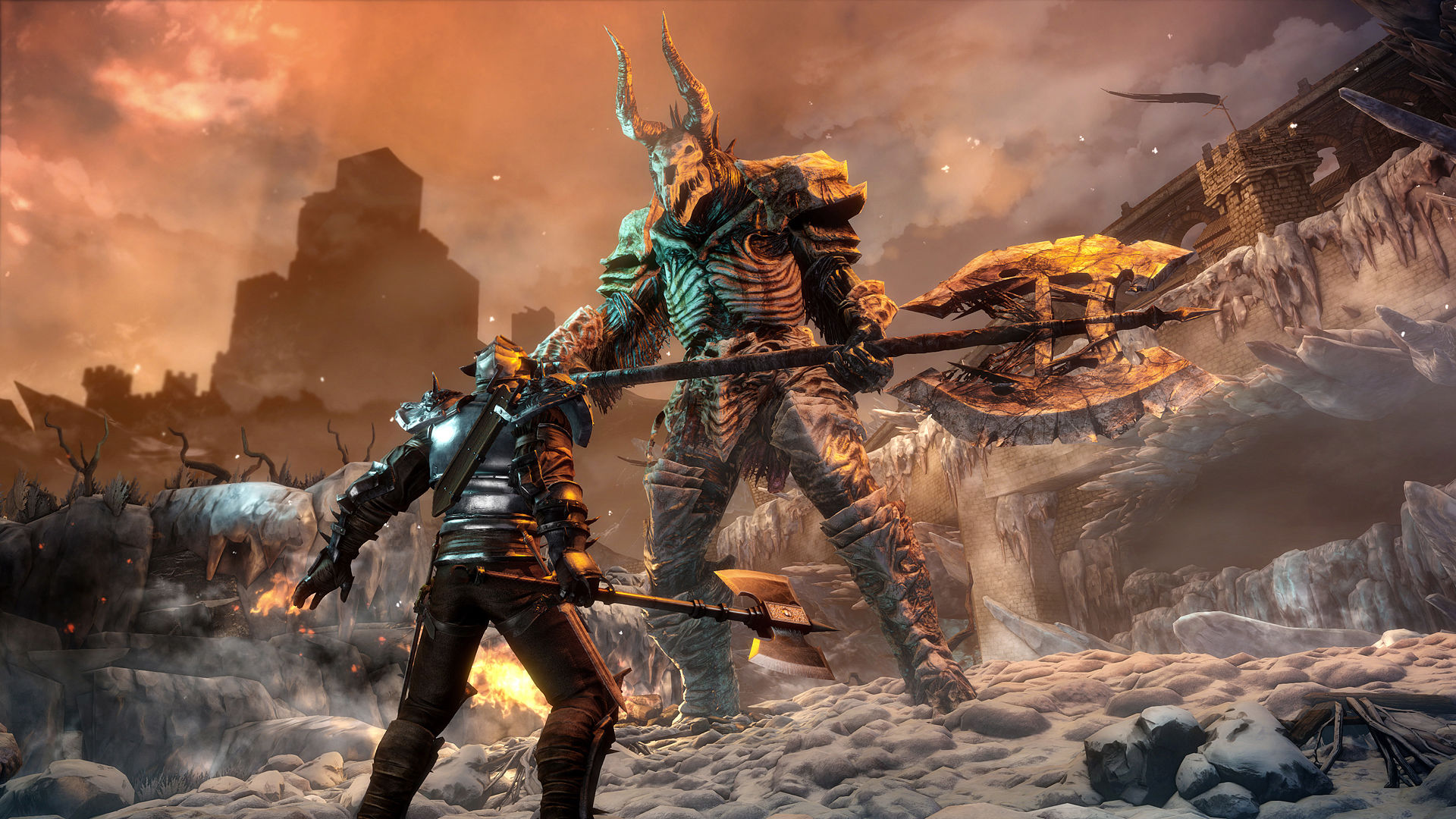 Developer, Publisher
Spiders
Focus Home Interactive
Gamemodes
Singleplayer
Bound by Flame lets the players customize their character. During the creation of their hero, players will be able choose their gender and freely alter their facial characteristics. This will of course have an influence on the demon's appearance.

Through its different chapters, Bound by Flame will offer many quests around a primary adventure. Depending on the choices made by the player and the influence of the demon, some chapters will offer different scenarios and a different experience. Bound by Flame also includes a crafting system, allowing them to create and improve equipment, including their armor and weapons. Several companions will join the player during his quest, and will, depending on the player's actions, develop friendship, romance or rivalry. Also, using the crafting, you can customize your weapons and armour with more depth than most other games. for example, you can change the blade and hilt of your sword separately, which not only changes its appearance, but will also change its attributes e.g., + 4 crit, + 3 speed. When fighting enemies, you can use three different fighting styles: one uses slow, heavy, damaging strikes with weapons like axes and hammers, and a push/ kick ability to interrupt enemies or break their defences; another uses small weapons like daggers for quick strikes, and gives you a dodge ability to evade enemy attacks. The third style uses fire attacks for big damage, and can be combined with the other two fighting styles to do things like enhancing weapons with fire damage. Each of the three styles has its own skill tree with both passive and active abilities. During combat, you can use other attacks aside from striking with your weapon, like a crossbow, traps, and abilities you've earned from the skill trees.